I like a nice Pogue. The trouble is, a lot of 6139-600x watches you’ll find on eBay are less than straight – a great many have been put together or at least tarted up with aftermarket parts, accompanied by a description that neatly avoids saying they’ve been prepared. Caveat emptor and all that.

I’m going to share some thoughts on what to look for in finding an authentic Pogue – over time, your eye will just know something doesn’t look right, but it’s useful to have a few rules in mind when assessing a potential watch for purchase.

Condition – is it consistent? Leave aside things like the crystal, which is a consumable, and ask – do the hands and dial match (age-wise; if the hands are bright and clean and the dial is marked and dirty, what does that tell you?). Remember, it doesn’t need to be immaculate … if you’re looking for authenticity, it may be that the flawed and worn, scratched and discoloured watch is the one that is genuine, whereas the shiny and polished one has been built up from a set of parts.

The distinctive “Pepsi” bezel on the 6139-600x Seiko Pogue is quite easy to replace – it pops off with a case knife and pressed on again using a crystal press, so any hamfisted tinkerer could change it. If you see a watch that looks really crisp and clean, and you can tell it’s got a fake/aftermarket bezel on it, then that maybe tells you all you need to know about the rest of the watch, and the seller who hasn’t pointed such a thing out.

The bezels appear to be pretty consistent throughout the watch’s shelf-life, except that some have a square block at the very top of the bezel. Most known aftermarket bezels don’t have a white box under the 60 at 12-o’clock – but since lots of genuine, especially early, watches don’t either (incl Pogues own), and aftermarkets are now showing up with a block, it’s no longer a reliable way to spot them without looking at other evidence.

Now, there are several tell-tales in checking if a bezel is real or reproduction:

Some earlier fakes had even taller-looking lettering that was practically touching the upper edge of the bezel so again, there’s little consistency I think.

Let’s look at some examples – here’s an aftermarket bezel from eBay: 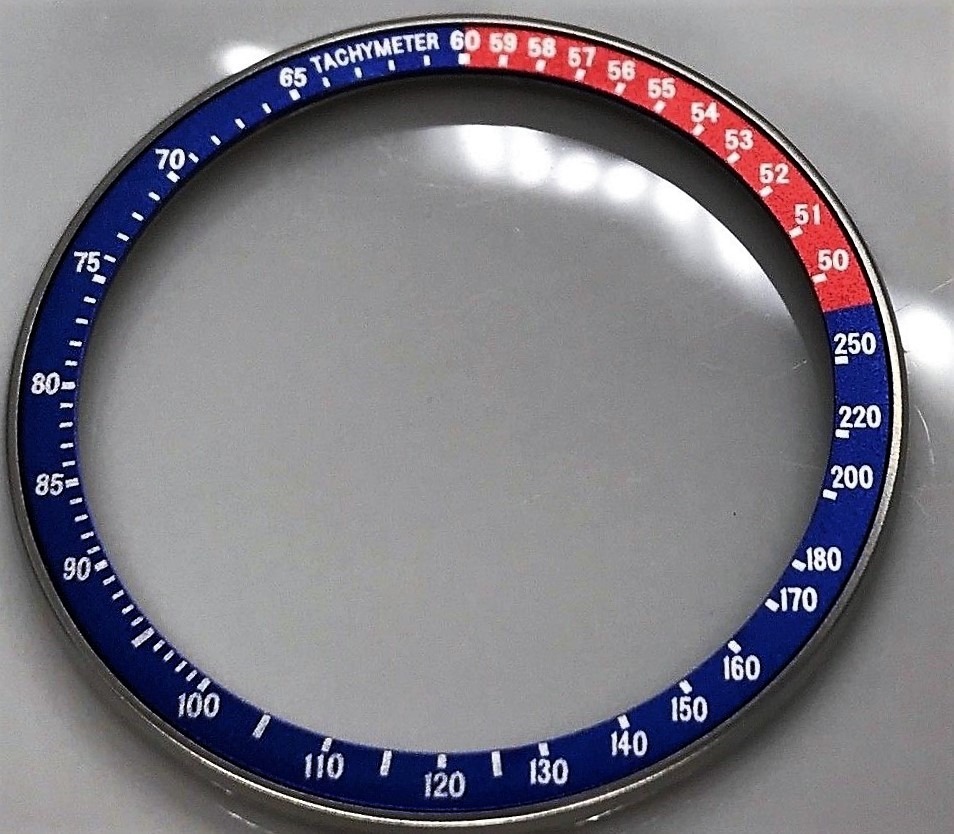 Now some comparisons – the upper two examples of the 54 and 140 are from good bezels of different ages, and the lower ones are known fakes.

And another, this time with a block: 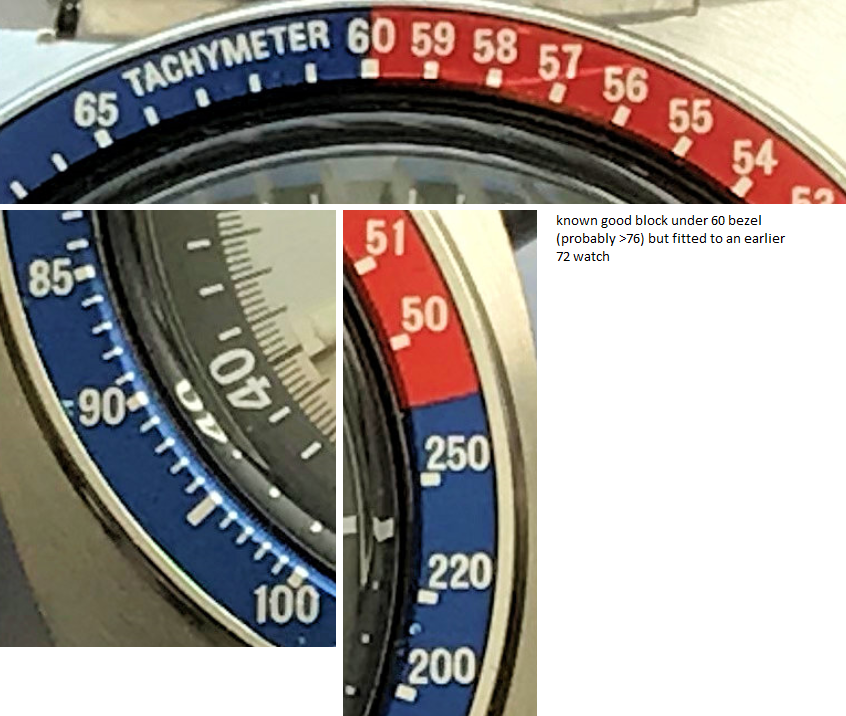 Compared to a known aftermarket from eBay, c2016:

and the same features from the 2019 eBay one already pictured: