Following on from the previous tale of the 6139 as produced by Seiko in 1969, here’s a rare and interesting piece, or rather a brace of them. According to the Collectors Guide on The Spring Bar, one of the rarest variants in the –600x series is the early silver-dial version, which says “WATER 70m PROOF” on the dial. In fact, the guide reckons:

The silver dialed variation is by far the rarest dial and is even more seldomly seen with a “proof” variation. There are only a few instances of photographed silver “proof” dials.

Well, having already found one via another collector, I happened across this in an auction: 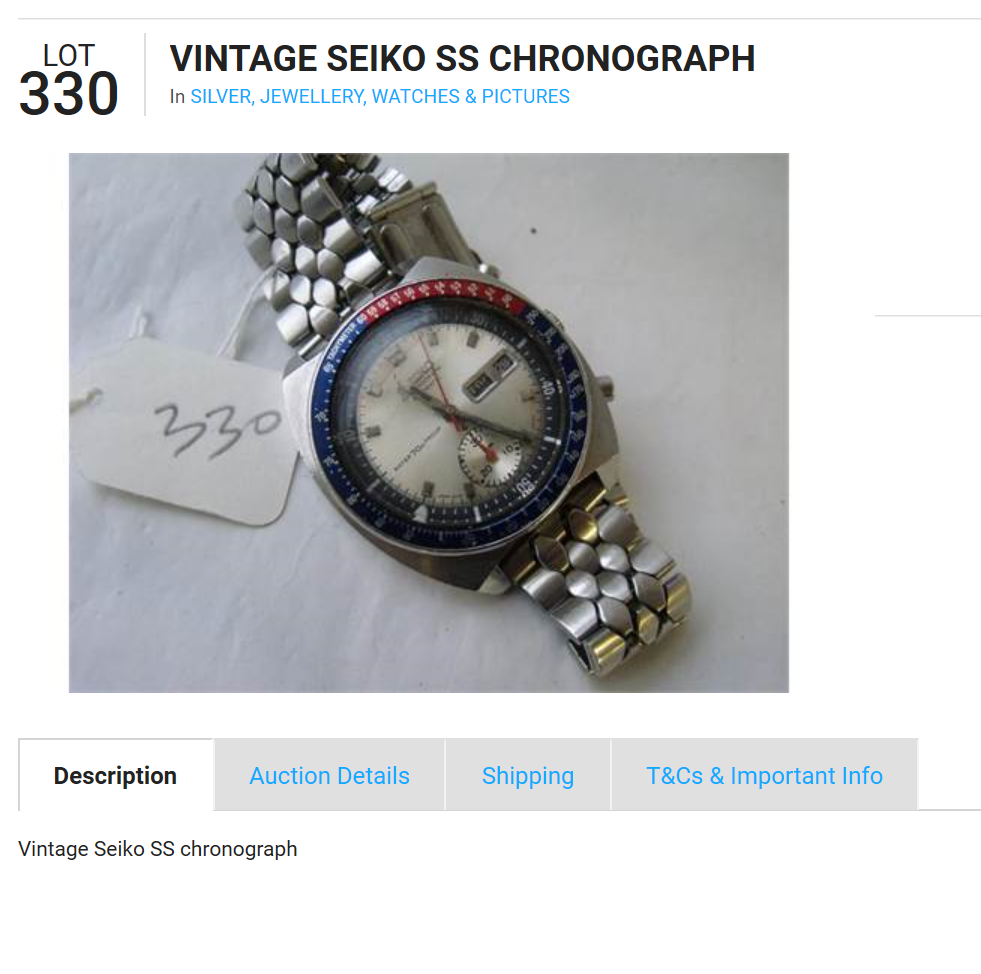 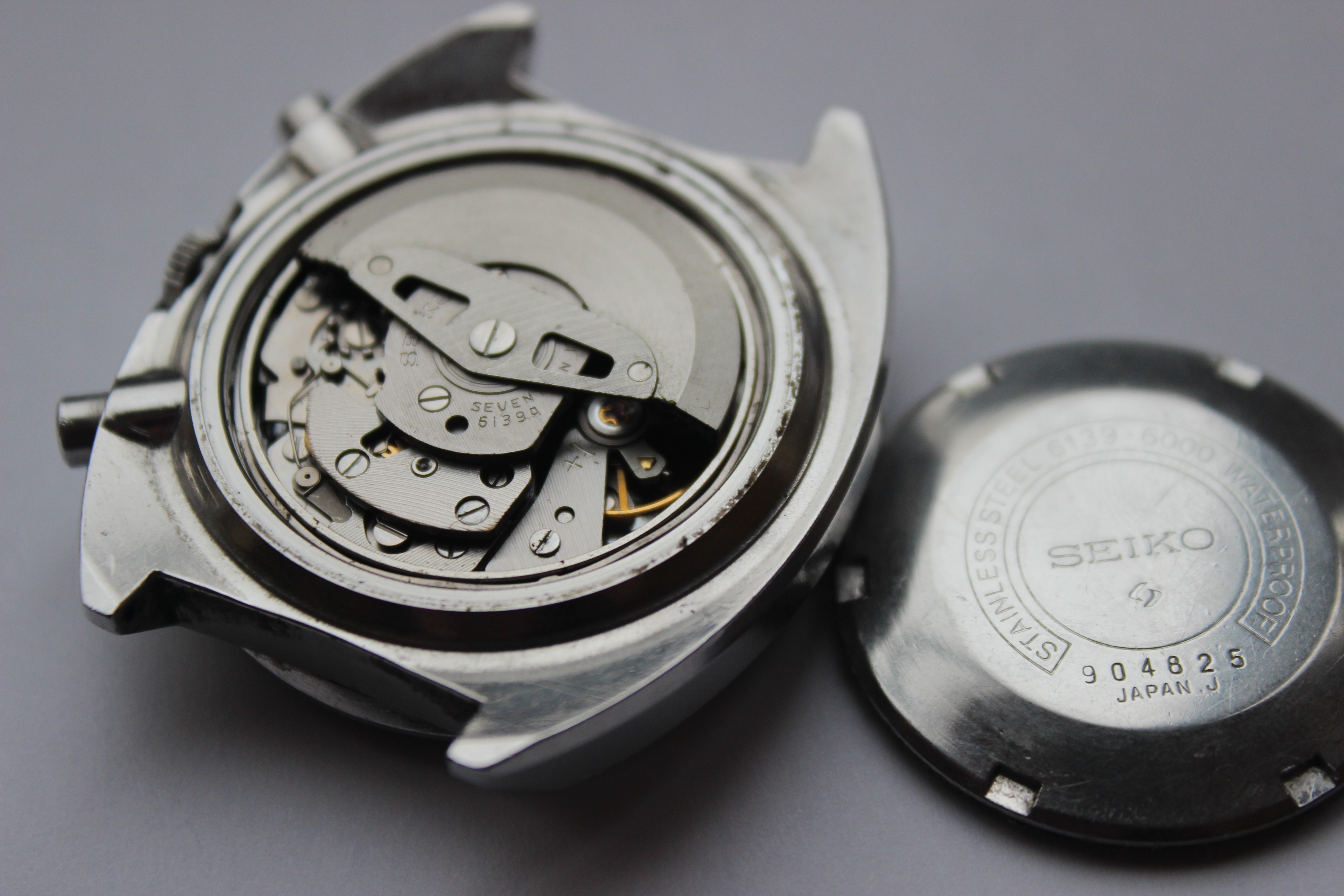 Still, here it is, on the right, next to the other one. The LH watch is in all-round better shape despite being from July 1969, and the RH one from October 69. Both suffered a bit from having darkened lume plots. 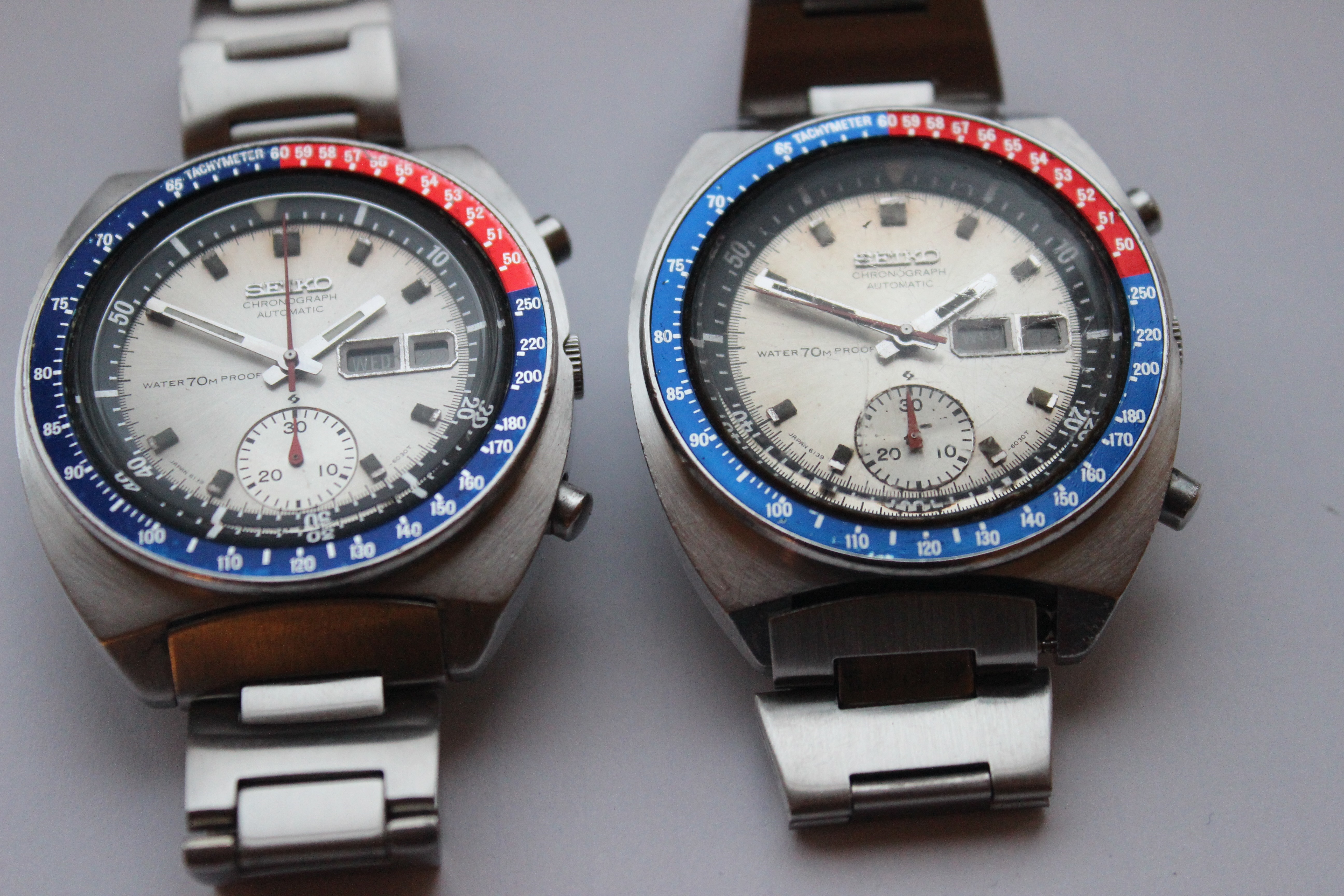 Most vintage enthusiasts would advise against doing anything irreversible to an old watch, but Seiko collectors seem to be more forgiving when doing something that will improve the watch – so I had both re-lumed  as well as serviced. 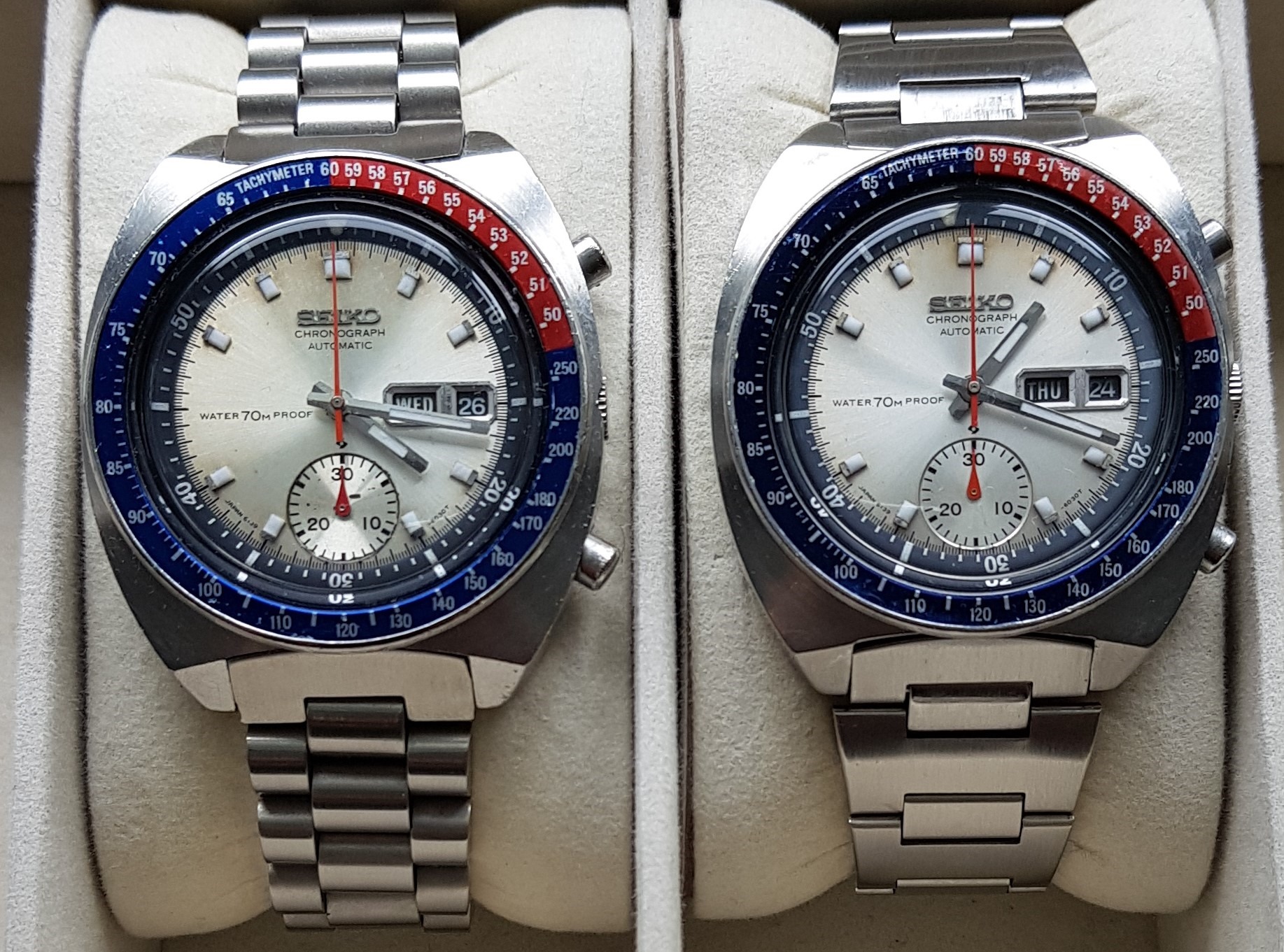 Both of these are wearing Uncle Seiko bracelets and, again, you can spot the early nature by the PROOF dial, the chrono hand is a 2-part affair when compared to later 6139s, and the front of the case has a notch above the crown.