Another post on spotting the differences between Seiko Pogue dials. First to understand what is fake, we need to understand what is real.There are numerous variants of dial used throughout the production period of the mainstream 600x range, but they can broadly be broken down into colours of Yellow (or Gold), Blue (or Black) and Silver. There are other variants of JDM-only dials which we’ll come back to later.

Within the 3 colours, again leaving aside SpeedTimers and other JDM watches, there were two main layout variants: the US-market watches which said only AUTOMATIC under the SEIKO logo, and the rest which said CHRONOGRAPH and AUTOMATIC. The former (2-line) dials are referred to on the lower right as -6009 and the 3-line dials are reference -6030.

Following the reference, there is a T or R specification – little is known about when or why Seiko chose to mix the two, but subvariants of both 6009 and 6030 dials appeared alongside each other. Both variants are observed on watches marked WATER 70m RESIST and watches with no markings (but WATER 70M PROOF watches have only been seen with T dials), and both T and R dials were produced fairly late into the cycle (1976 or even after).

It appears that T dials were the most prevalent until 1972, and R dials the most numerous afterwards, but authentic watches with T dials have been seen up to ‘76.

Generally speaking, aftermarket dials will look OK in a grainy eBay photo but in hand, compared side by side with a real one, it’ll be obvious they’re different. Things to look out for: 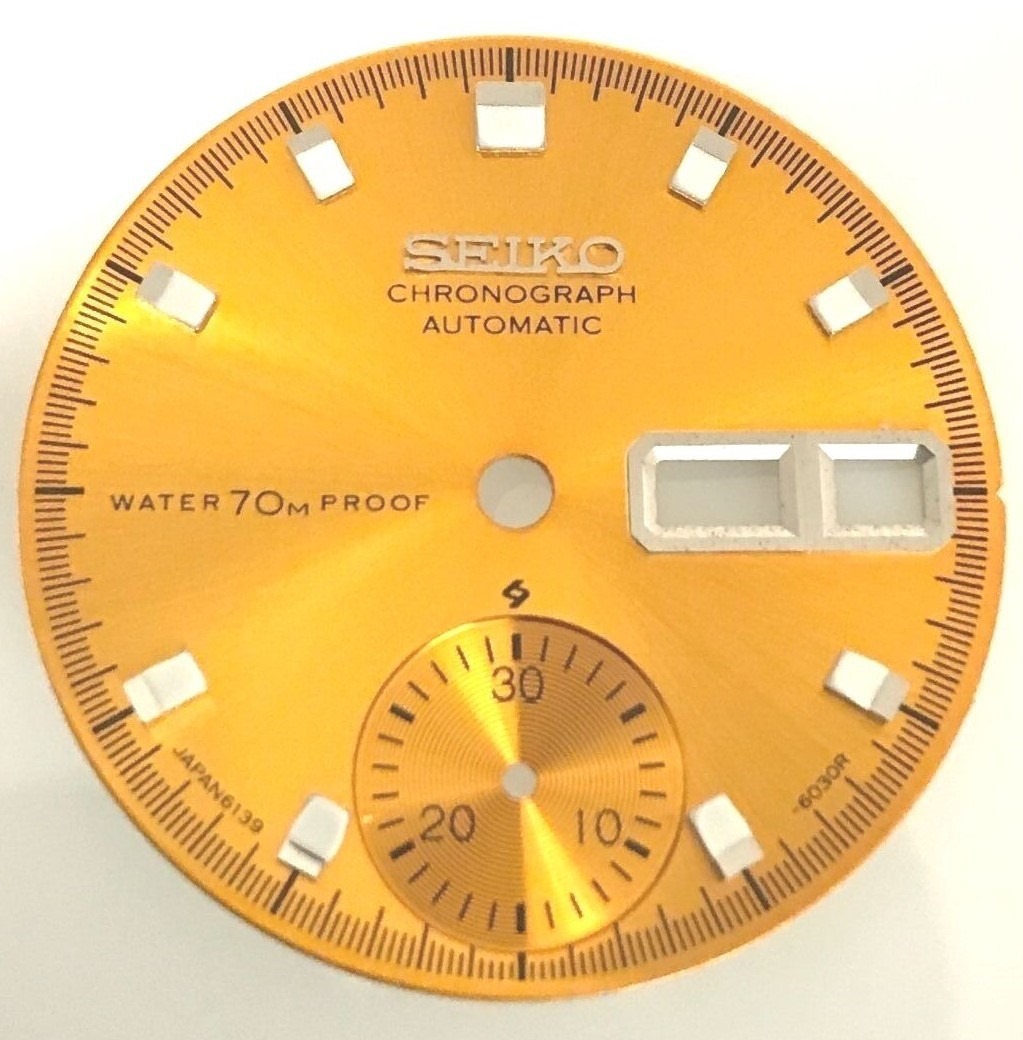 The T suffix dials tend to be more subtle – the sunburst effect on yellow watches in particular is less noticeable, and the colour is lighter than the R dials when placed side by side.

There is a slight gap between “JAPAN” and “6139”, sitting just above the 37 minute marker, and the As in JAPAN have a flat top. The dial code on the right side starts with a dash just above or slightly to the right of the 24 minute marker. 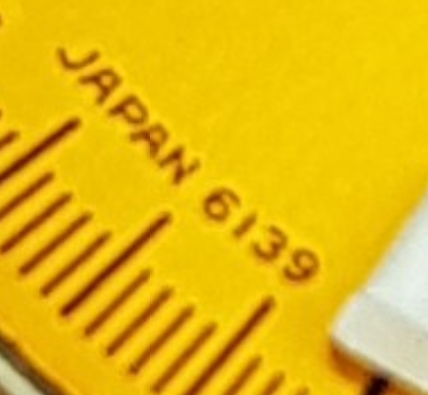 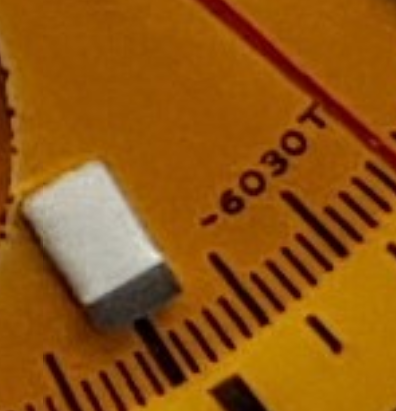 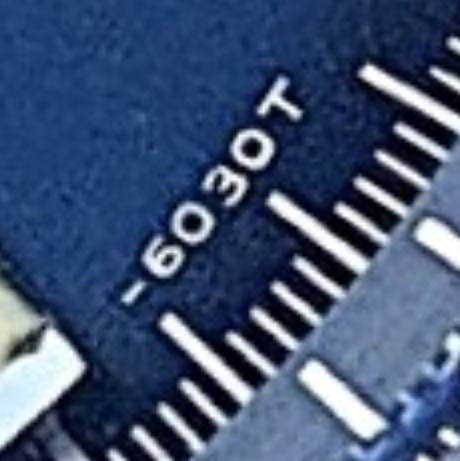 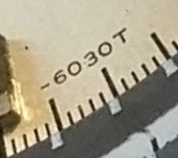 The A and P of JAPAN sit above the 38 minute marker, though on yellow dials the alignment appears to be slightly different to blue and silver (where A is closer than P to the marke. The placement of the preceding dash of the dial code above the 24 minute mark also differs slightly, where on yellow dials it is slightly to the right but on blue and silver is directly above.

Pogue’s own watch shows both of these attributes – the flat As in JAPAN, the gap between it and 6139, placement above the 38 marker and the – 6009T slightly to the right of the 24.

The gap between JAPAN and 6139 that exists in the T dial is not there, or not so notable, and the As are pointed. The A /P sits above the 38 minute marker and the 6 sits above 37 minutes. 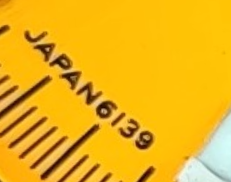 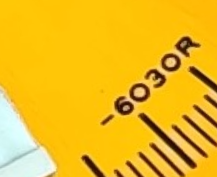 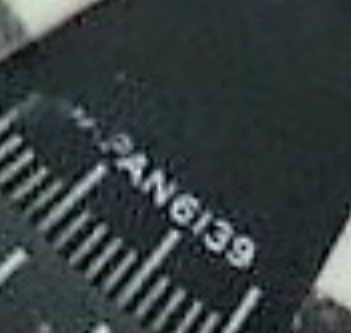 A silver R dial watch bought on eBay in 2017, but arrived damaged so was returned. 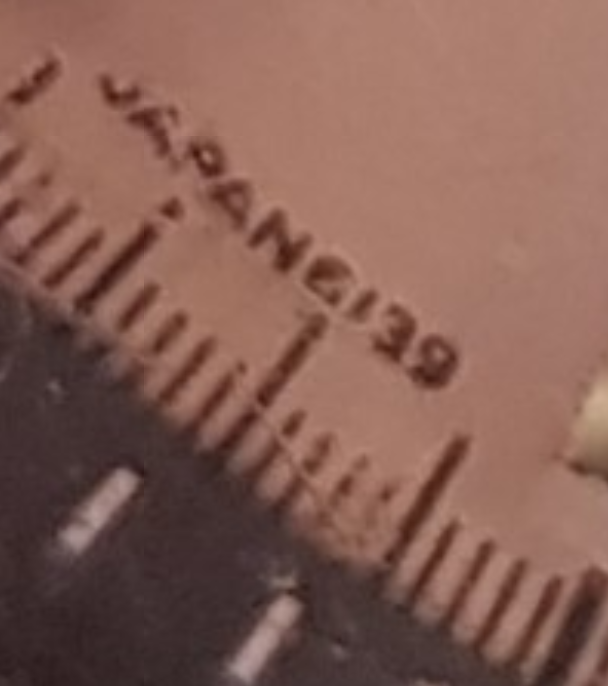 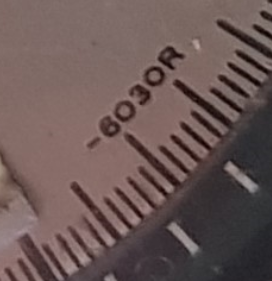 The 60 of the dial code sits above the 23 minute marker so further to the right than on T dials.