Many watch collectors have a shortlist of things they’re on the lookout for, and most will have a “grail” – the one watch they’d like to find above all others. Whilst the subject of this post might not quite reach such mythical status, I think it’s probably my favourite all-round watch and one that I spent a lot of effort, time and – more than I initially intended – money, acquiring.

Grand Seiko was formed in 1960 as a high-end watch maker within the larger Seiko family; the goal was to produce the most accurate timekeeping (often with “hi-beat” movements that oscillated at 33,600 beats per hour – 10Hz – instead of the more pedestrian 19,200 bph that is often seen) and to execute very high-end finishing and clean designs.

Seiko had a good run at making “chronometer” certified watches in the late 1960s – even beating the Swiss at their own game in competitions, to the point where they (Suisse) took their ball away and called the game off.

Grand Seiko is now a discrete brand again, rather than a sub-range of Seiko watches, and they are pushing upmarket in competition with more established brands like Omega and Rolex.

The Spring Drive watch movement was dreamt up by a young engineer called Yoshukazu Akahane in 1977, and eventually released in 2007. It brings together supposedly the best of a mechanical watch and the precision of a quartz one – the spring that powers the gears in the mechanical movement is regulated by a quartz-timed electronic component that effectively puts the brakes on to control it more precisely.

This particular watch is known as the “Snowflake” due to the surface texture of the dial – said to be reminiscent of the light, powdery snow that falls in the Nagano prefecture, where the factory is. The dial looks like it could be made of paper, but in fact every one is manufactured to look the same – see the article on Hodinkee about the process. 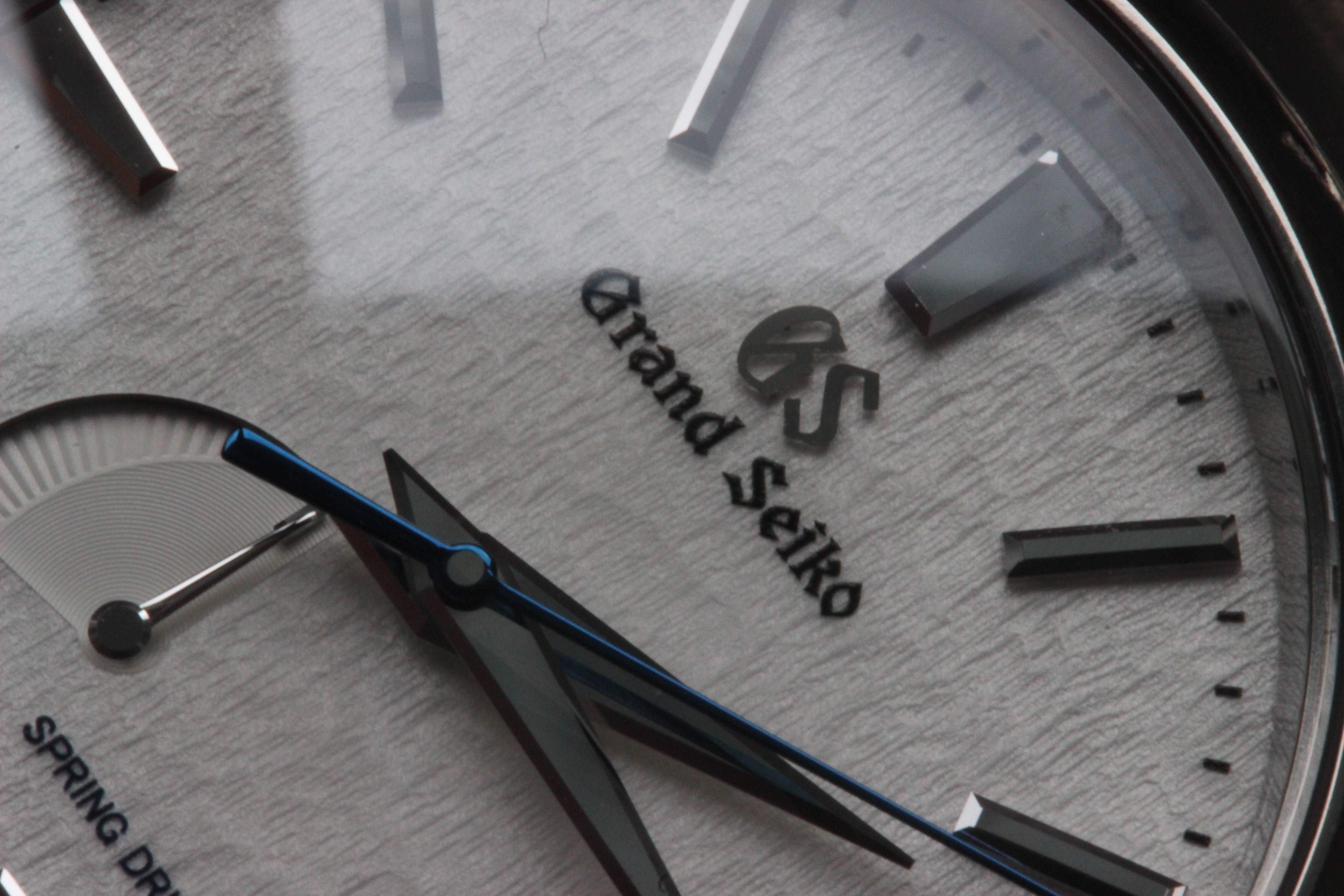 The whole watch also feels feather-weight as its case and bracelet are made of titanium; compared to the Omega Speedmaster Broad Arrow, which has a steel case and bracelet, the Snowflake is 92g vs the Omega’s 156g. That might not sound like a lot, but on the wrist it’s a massive difference. 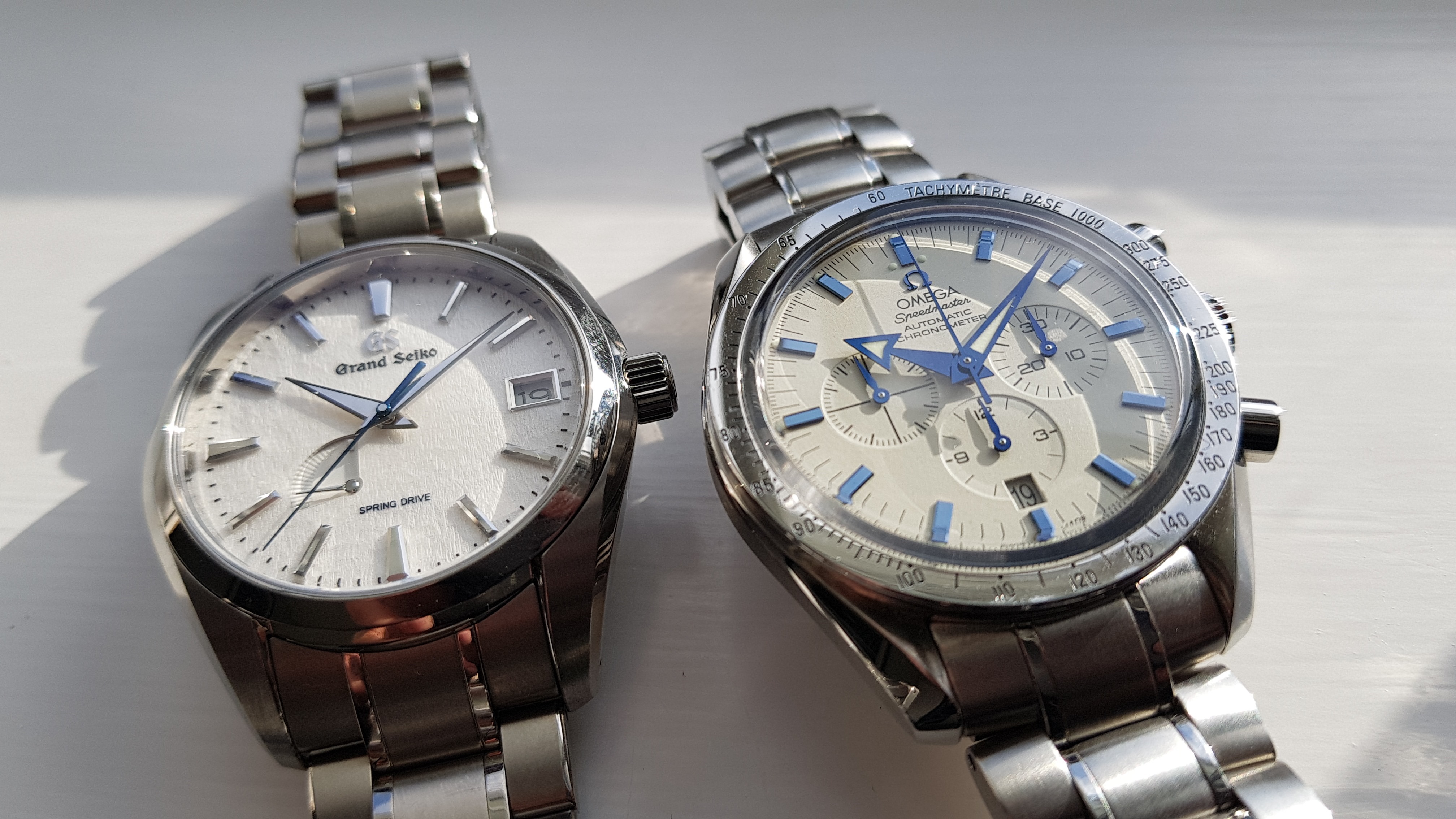 The quality of finishing on the GS is nothing short of superb – even the plates and rotor on the movement have been meticulously scalloped and engraved, and visible through the rear display case. 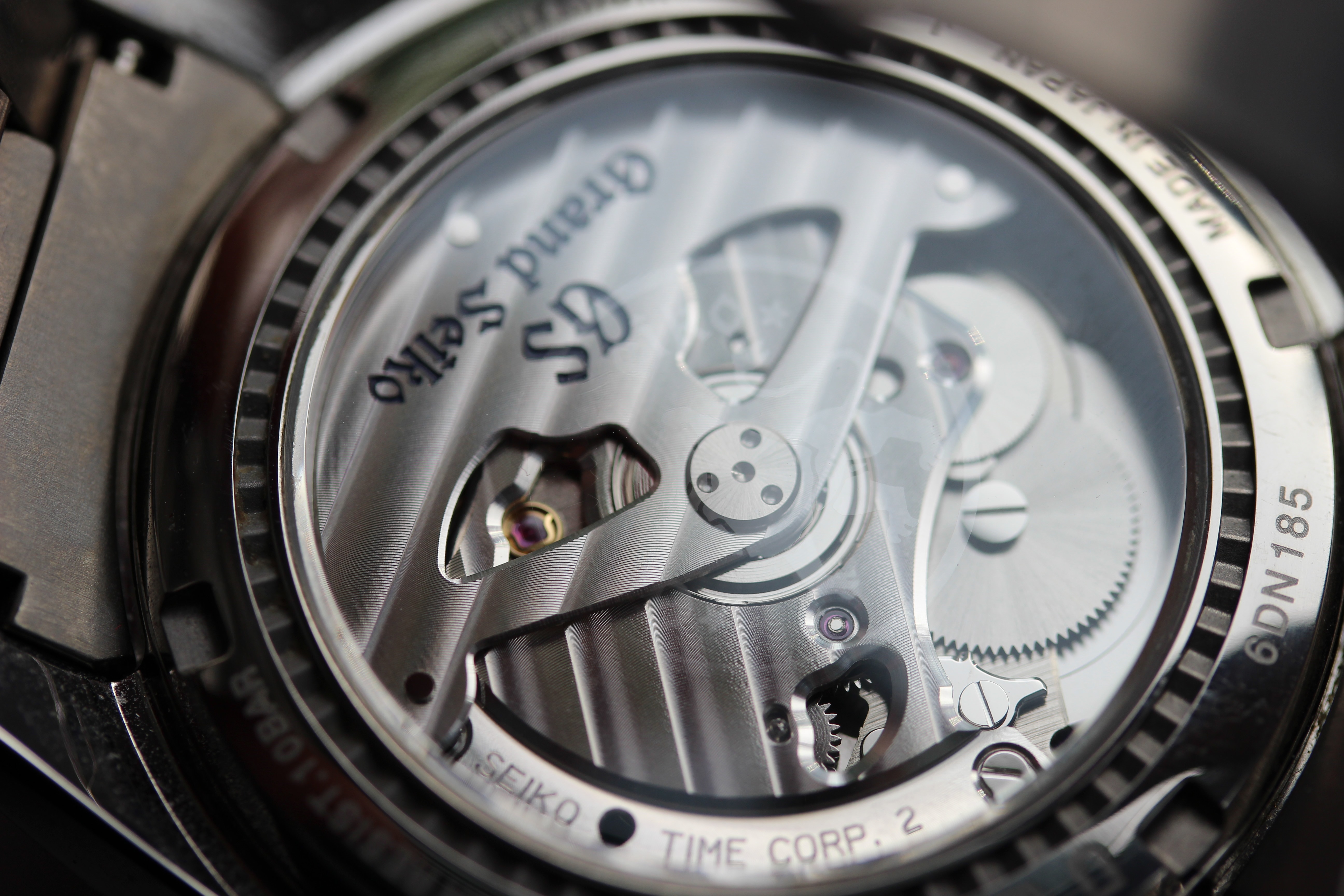 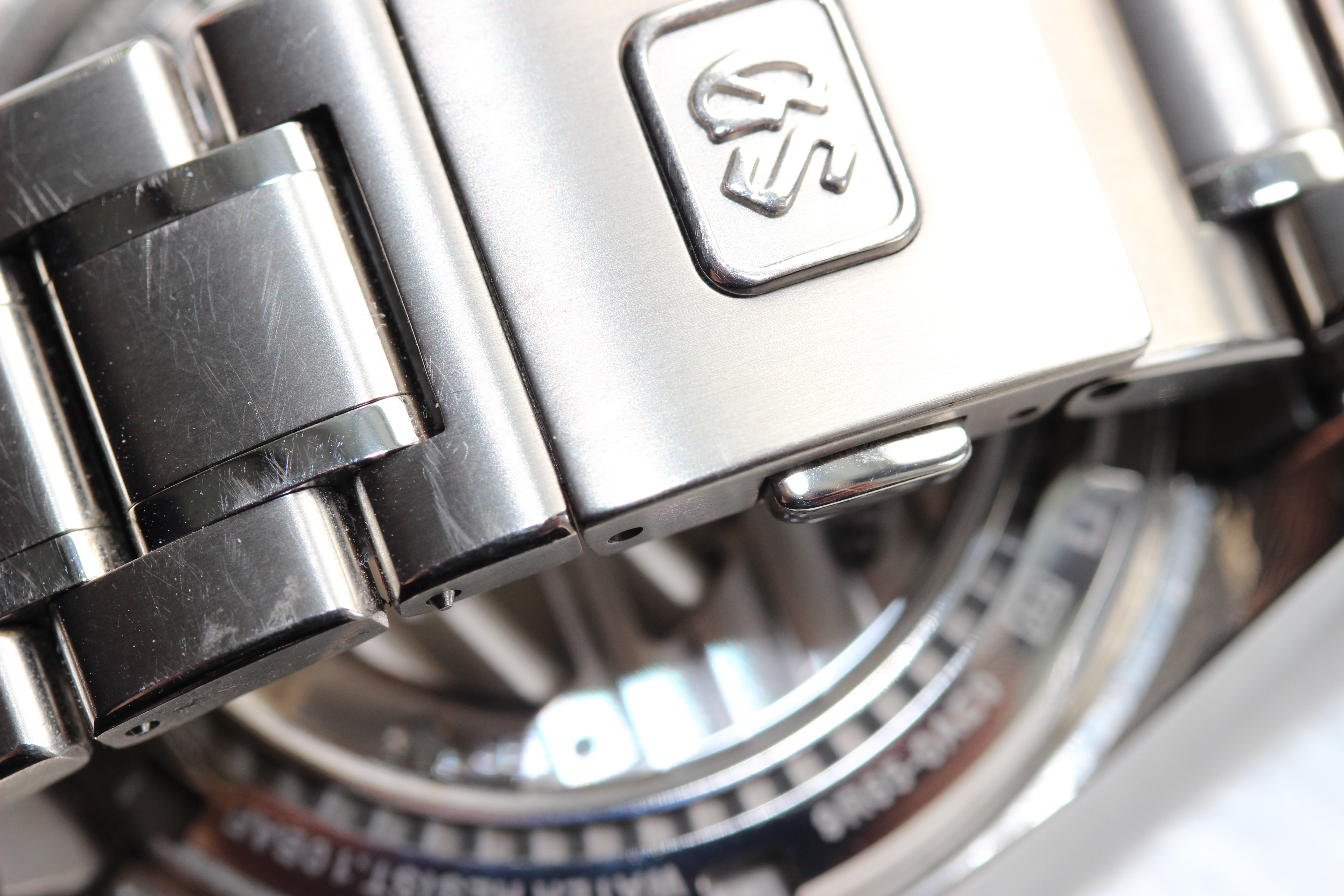 There are some downsides, though – titanium is a relatively soft metal and therefore can attract scuffs and scrapes. If you look through the various online sales of 2nd hand Snowflakes, many have dings to the bezel and any that have been worn with the bracelet will have “desk diver” marks.

Some would say that Spring Drive is the worst of both worlds, too – it introduced an especially complex mechanism of regulation that makes it harder to service (in fact, they get sent back to the factory for servicing). This particular watch is getting on for 3 years old, which means it probably needs to head to Japan in the next year or so.

Still, the most visible benefit of Spring Drive is the awesome sweep of the second hand – compare to quartz movements where the hand will generally do one tick per second, or even high-beat mechanicals where it might have 10 tiny movements between each second marker, Spring Drive is entirely continuous and entirely smooth. It’s completely mesmerising.